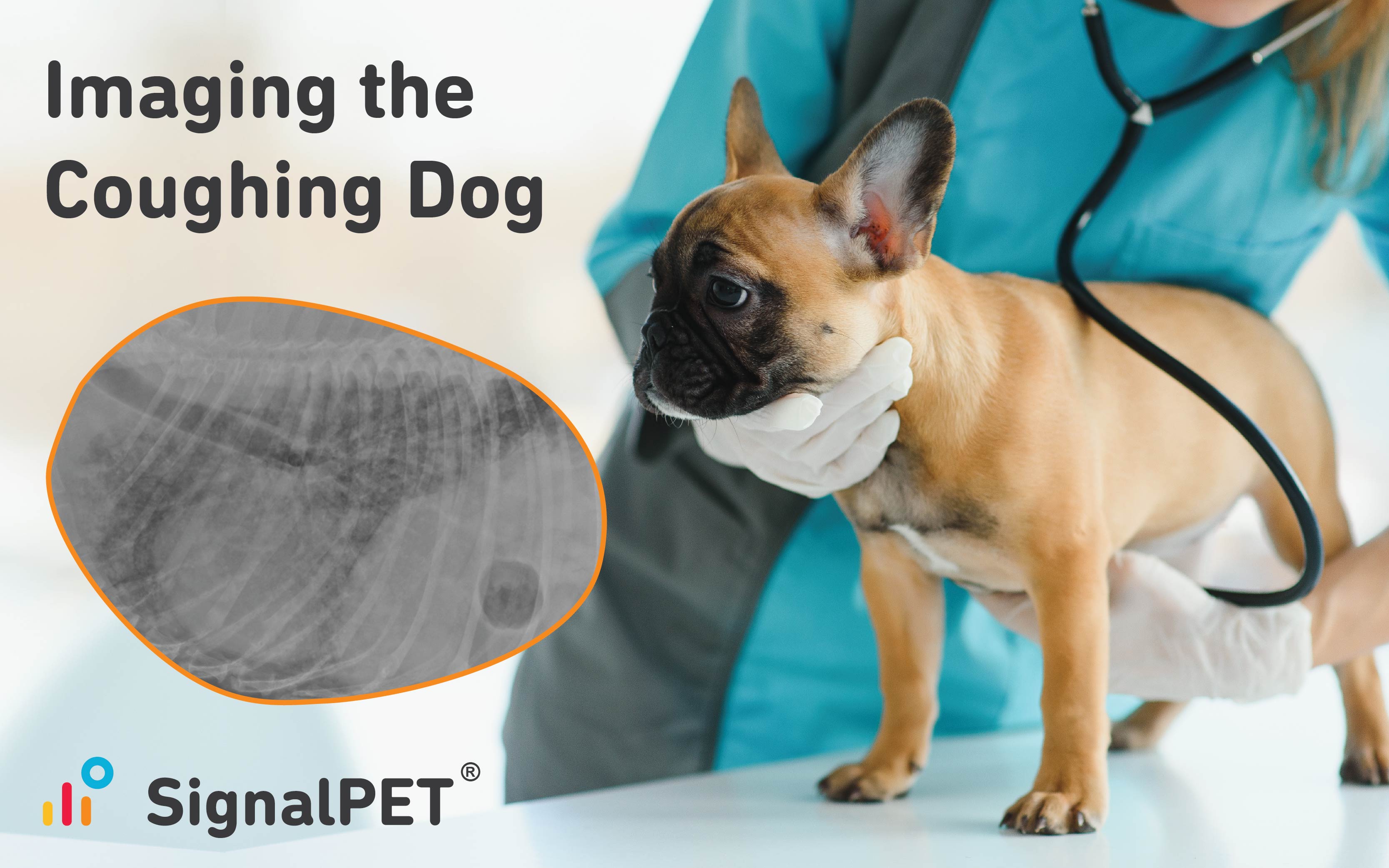 Coughing is one of the most common presenting complaints for dogs in small animal practices. The clinical signs associated with coughing may present a diagnostic challenge to the practitioner as the cough in some animals is clinically less significant and/or self limiting, while in others it may be far more serious. Furthermore, clients may often confuse a cough with a gag, wheeze, labored breathing, or a reverse sneeze; and some dogs may retch or vomit after coughing which may be misinterpreted as gastrointestinal disease.

A plethora of disorders can result in a cough, with etiologies ranging from cardiovascular disorders, degenerative disorders, parasitic disease/burden, allergic states, physical causes/trauma, inflammation and/or neoplasia.

A thorough patient history and clinical examination are essential in planning the optimal diagnostic workup which will often include radiology. In this article, we will review some of the common radiographic lung patterns and distributions identified in coughing dogs while putting the clinical picture together.

By integrating the patient's history, signalment and physical exam findings along with the radiographic pattern and distribution, one can often narrow down the differential list and ultimately the cause of coughing.

Younger animals or those exposed to other dogs (eg. shelter, boarding facilities) are more prone to developing a cough due to infectious etiology, while parts of the country lived in and/or traveled to influence the likelihood of other diseases like heartworm disease or fungal infections (histoplasmosis, coccidioidomycosis and blastomycosis).

When the cough occurs might also be significant. Coughs which occur more frequently at night may be suggestive of cardiogenic pulmonary edema and/or tracheal collapse. In other instances, it might frequently occur following excitement or when pressure is placed around the tracheal area. Coughing associated with eating and/or drinking may be suggestive of laryngeal/pharyngeal disorders.

Descriptors may also be helpful for localizing airway pathology or suggesting cough etiology. Productive coughs are typically moist and low pitched and suggest accumulation of fluid in the airways (eg. pneumonia, edema), while non-productive coughs are dry, harsh and high pitched/honking (eg. airway collapse, chronic bronchitis). It is worth noting that while expectoration of mucus from the trachea into the pharynx typically occurs with productive coughs, most owners do not recognize a productive cough as animals often swallow the expectorated material. If hemoptysis is described/observed, coagulopathy, neoplasia, severe heartworm and pneumonia need to be considered. It is important to be mindful of pneumonia in patients that have been vomiting, undergoing anesthesia, prolonged recumbency, have megaesophagus, immune compromise and/or airway susceptibility.

The radiographic pattern and distribution of changes are often helpful for prioritizing differential diagnoses for coughing in canines.

Interstitial patterns indicate disease or disruption of the interstitium. Characteristic findings include an increased opacity in the lungs that partially obscures blood vessel margins, which may be due to the presence of edema, pus, blood or other material in the lungs. Interstitial patterns are classified as either unstructured or structured. The distribution of unstructured interstitial patterns is more suggestive of certain differentials than the appearance of the pattern itself and most commonly include, pulmonary edema, pneumonia, pulmonary thromboembolism (PTE), hemorrhage and/or fibrosis. Differentials for structured/nodular (round or ovoid soft tissue opacities) insteritial patterns include neoplasia, fungal disease, parasitic cysts, bulla, pulmonary osteomas and granulomas. 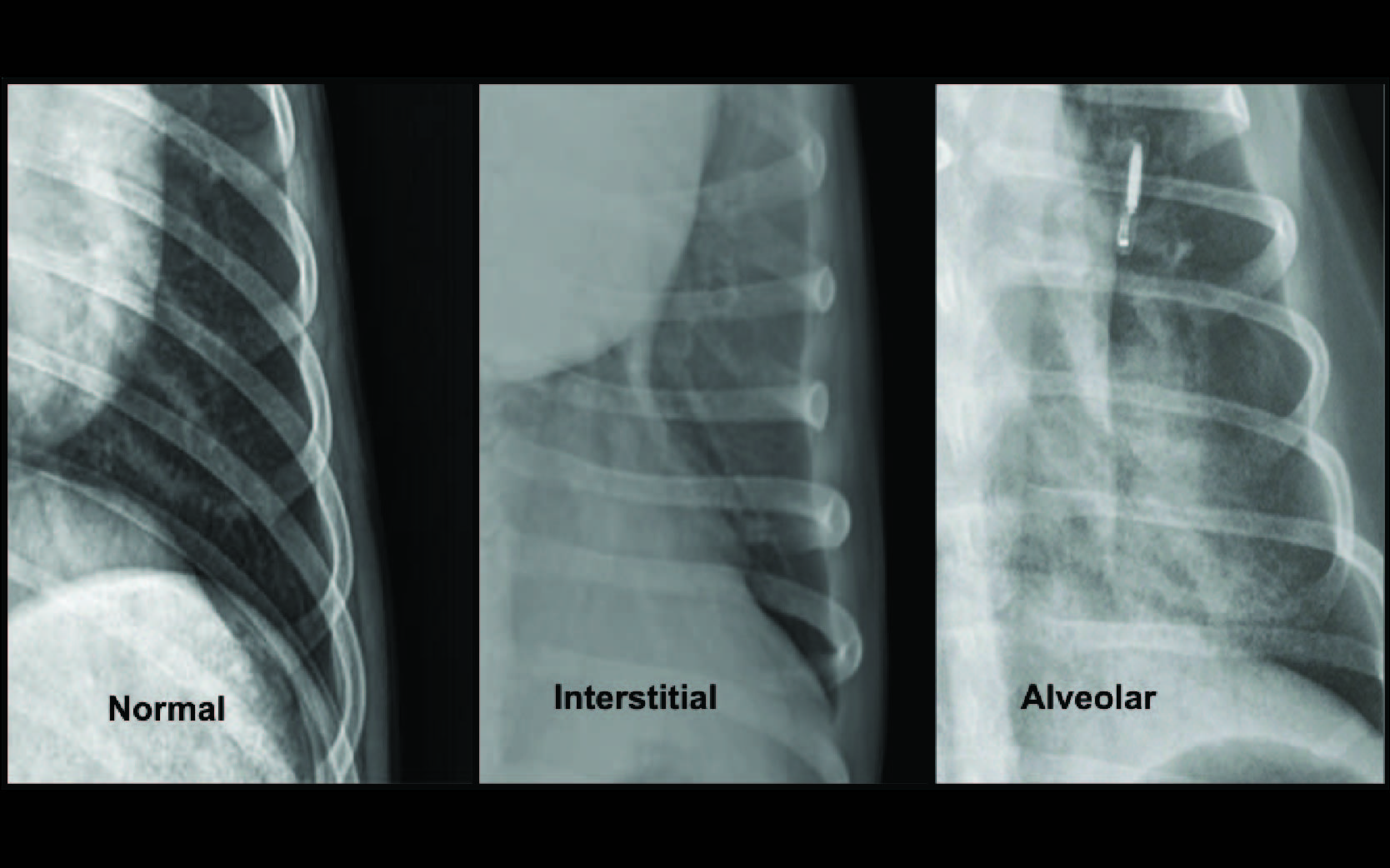 Magnified images of the left caudal lung field in three separate dogs demonstrating the various extent to which the pulmonary vessels are obscured by the increased pulmonary opacity in interstitial and alveolar patterns respectively. With interstitial patterns the pulmonary vessels are still visible, but have hazy margins (“trees in the fog” appearance), in contrast to alveolar patterns where the vessel definition is completely obscured (air bronchograms may or may not be present). 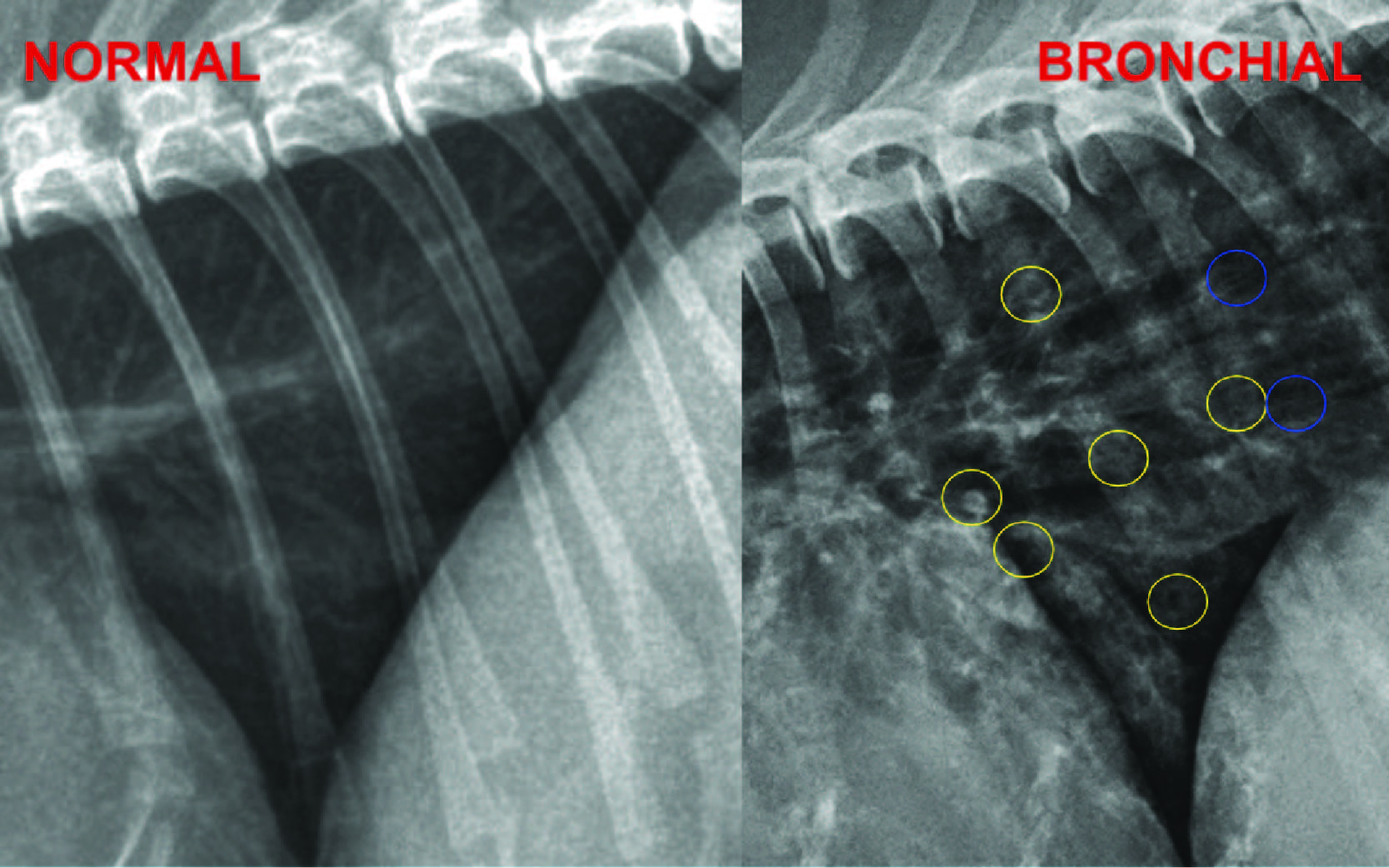 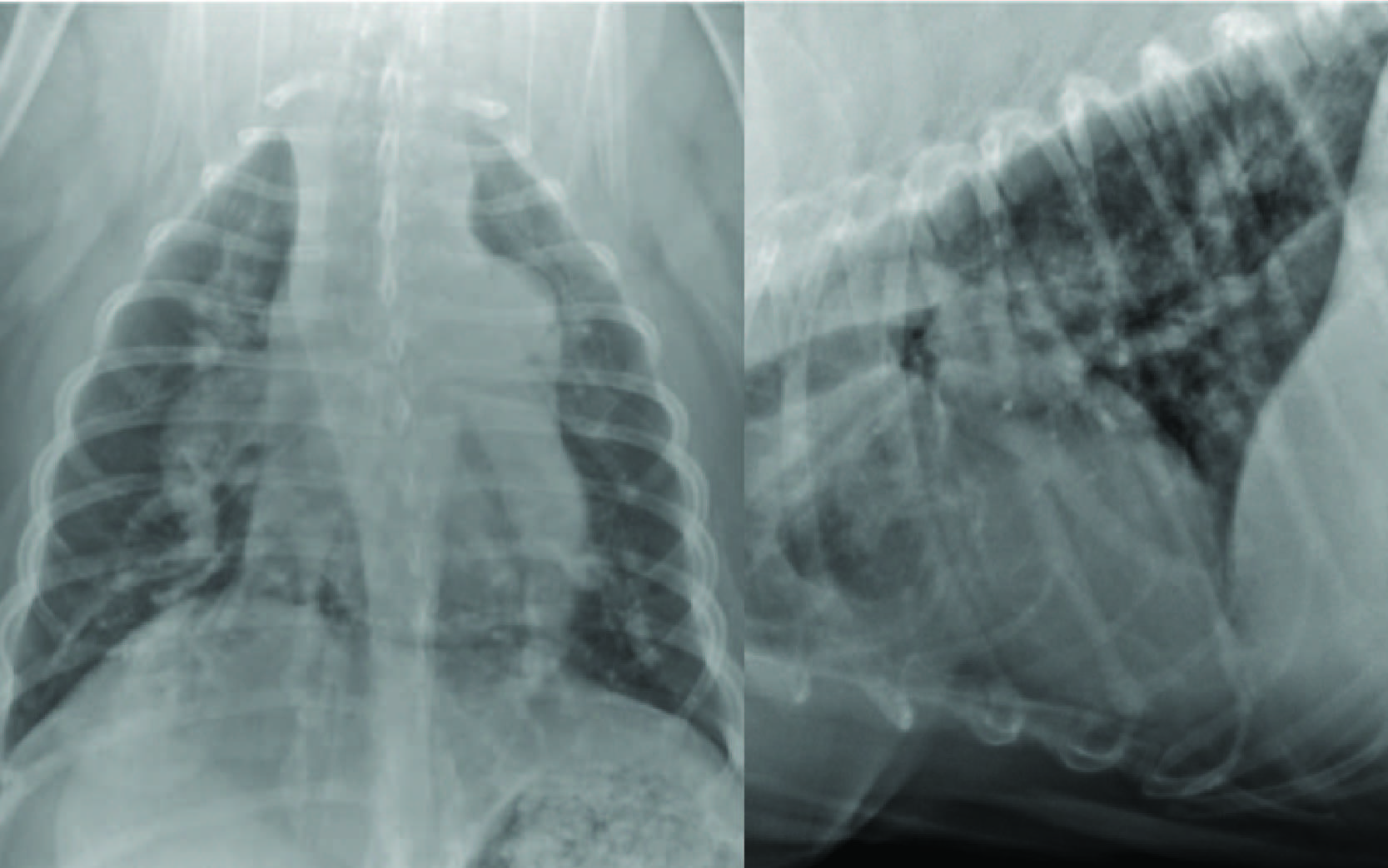 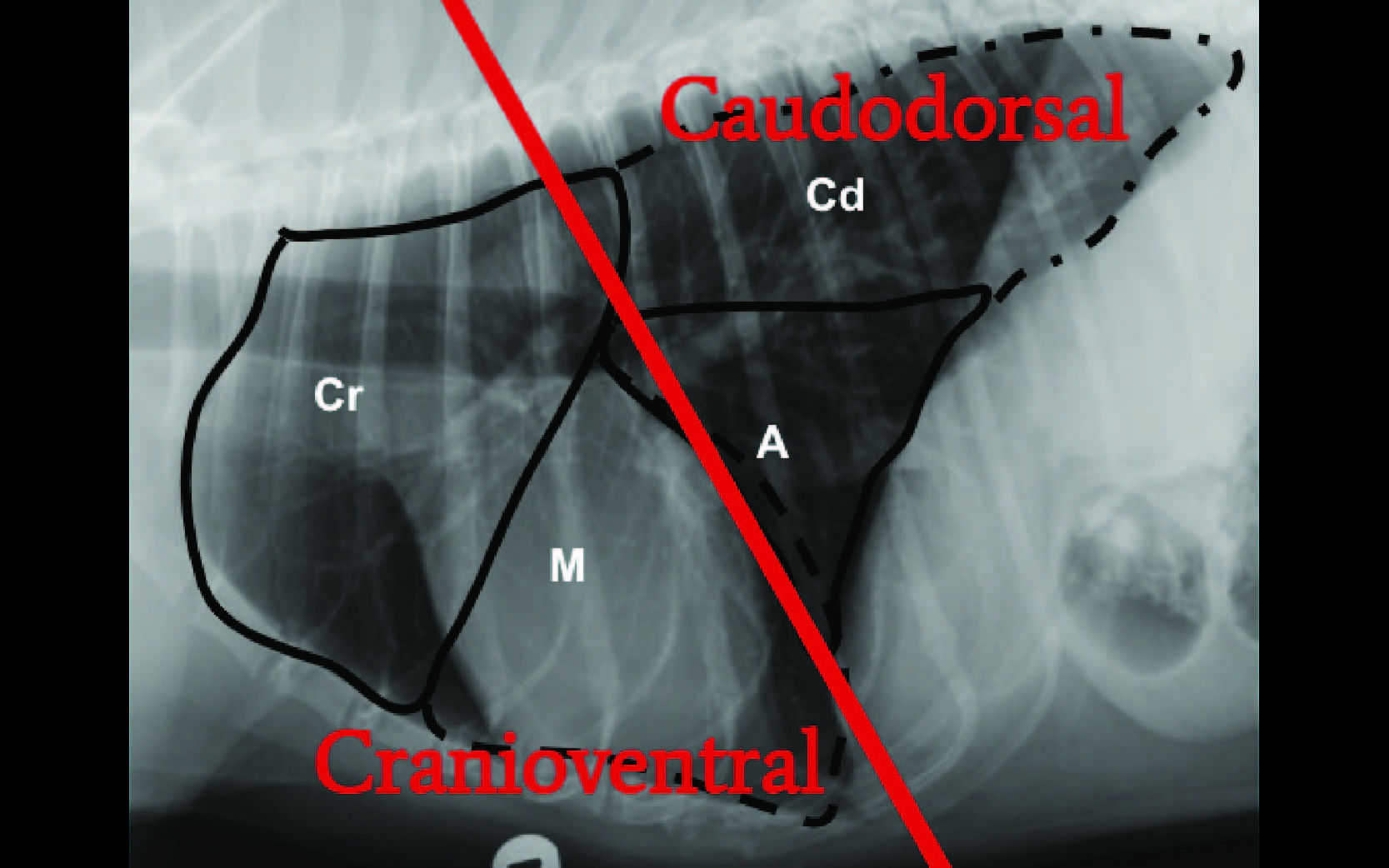 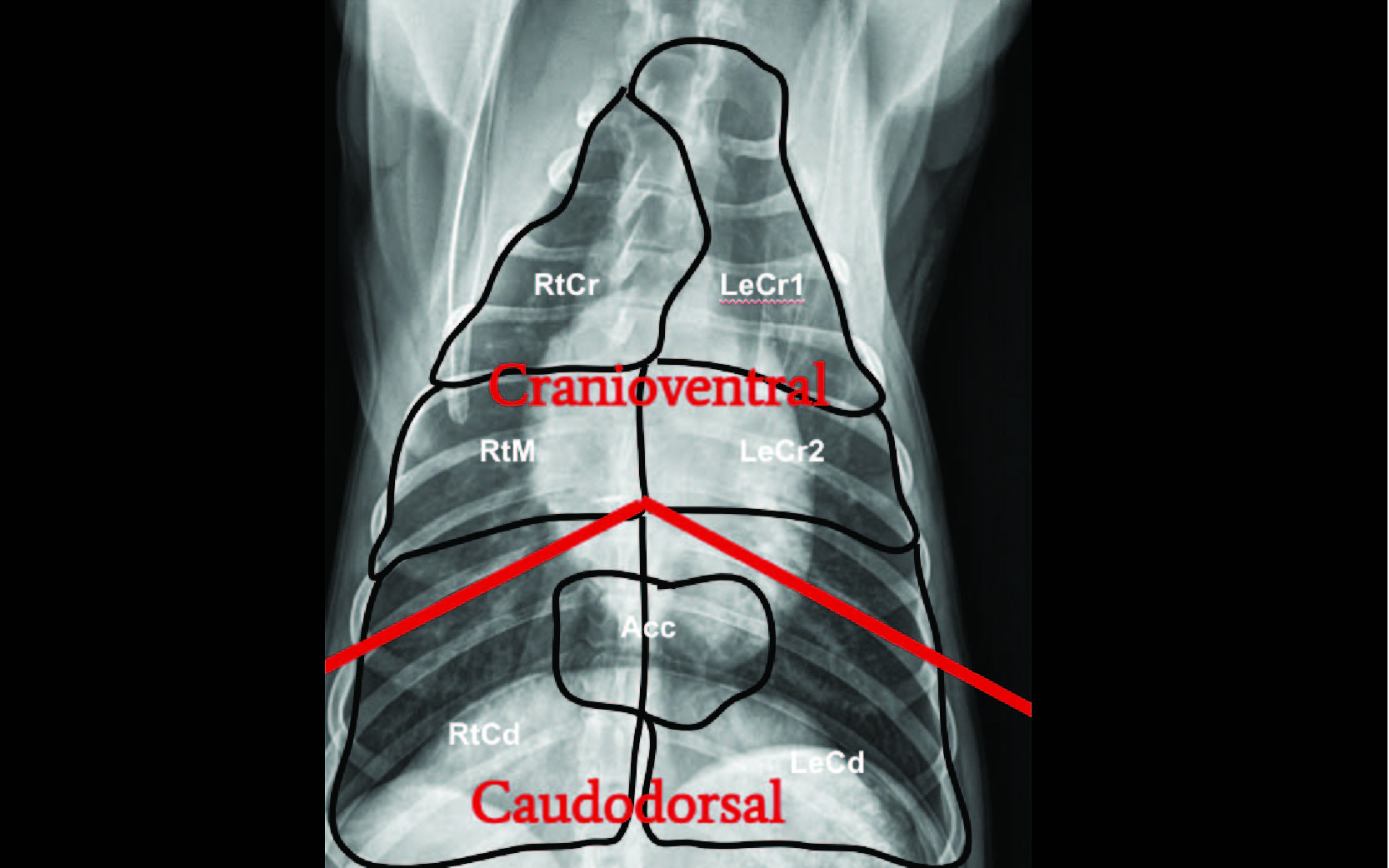 Recently more emphasis has been given to the distribution and appearance of lesions than to the pattern alone. These include: 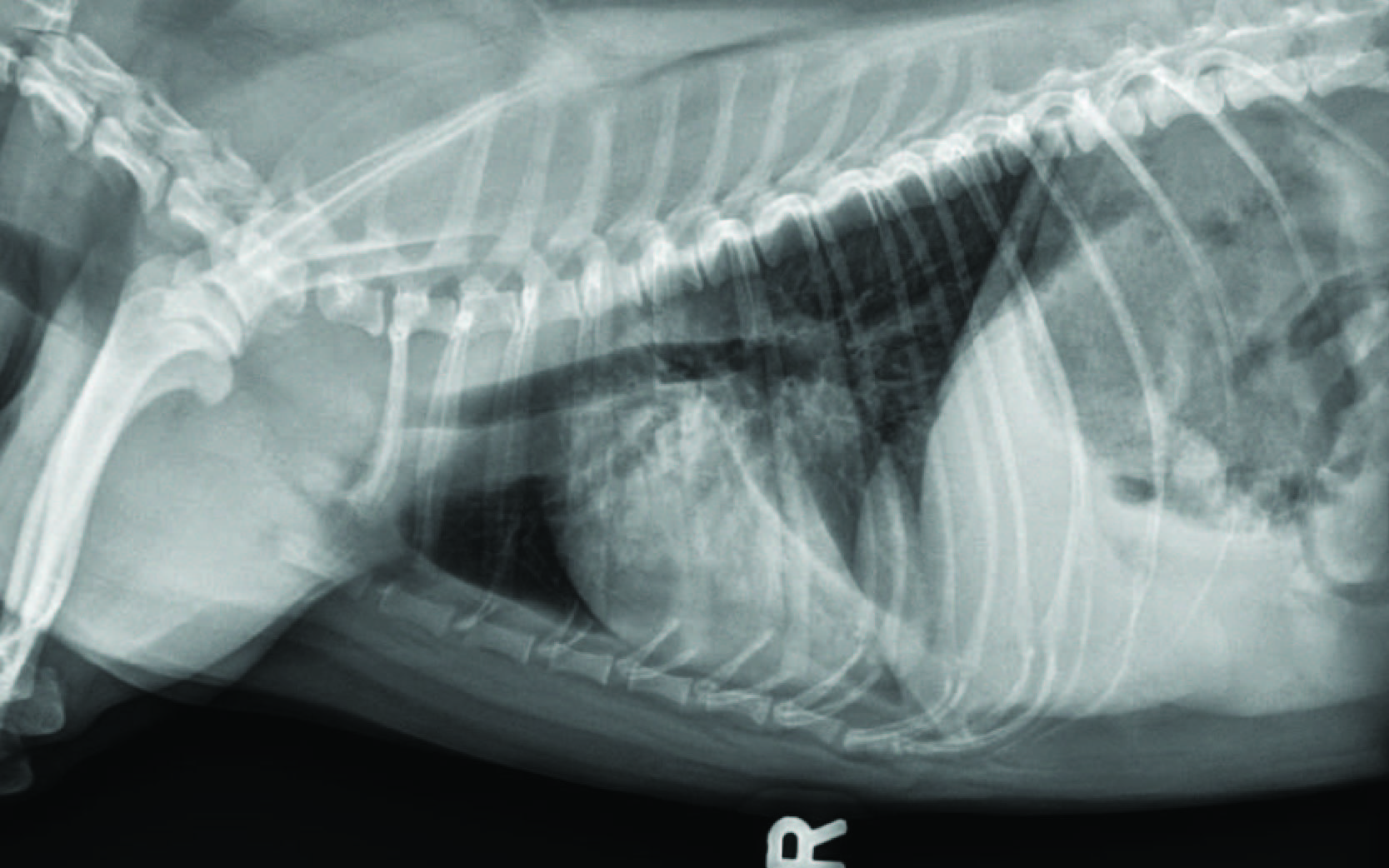 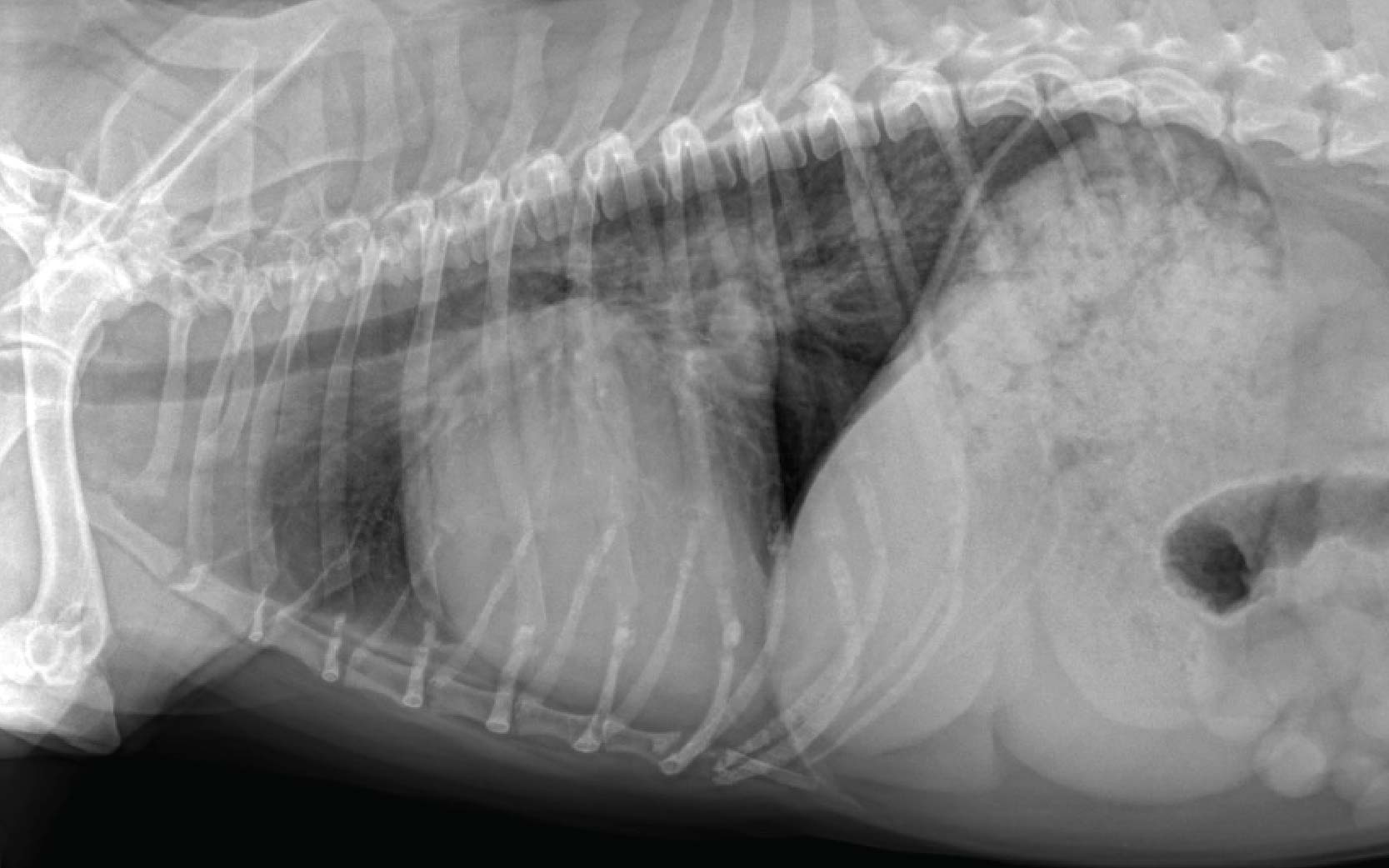 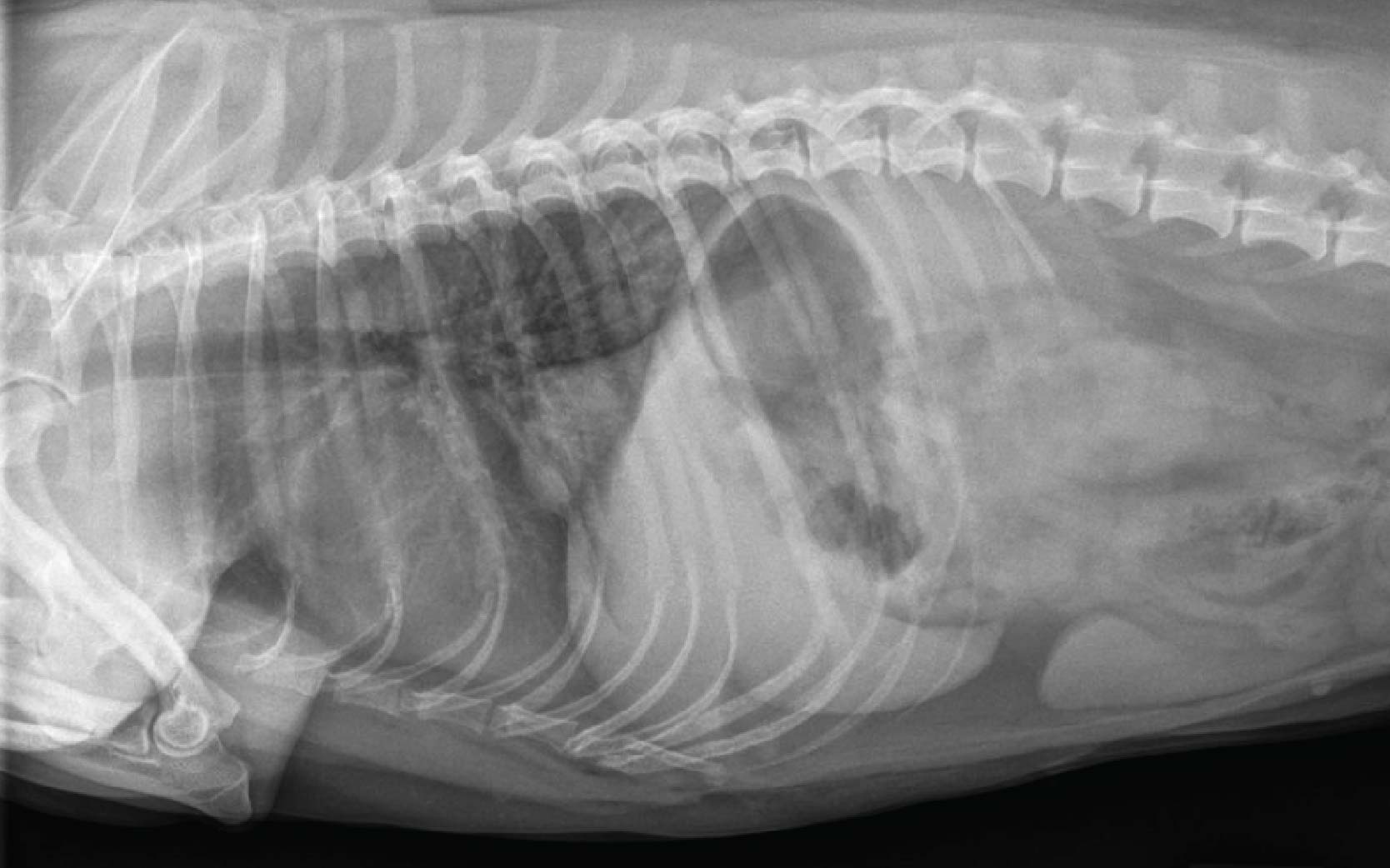 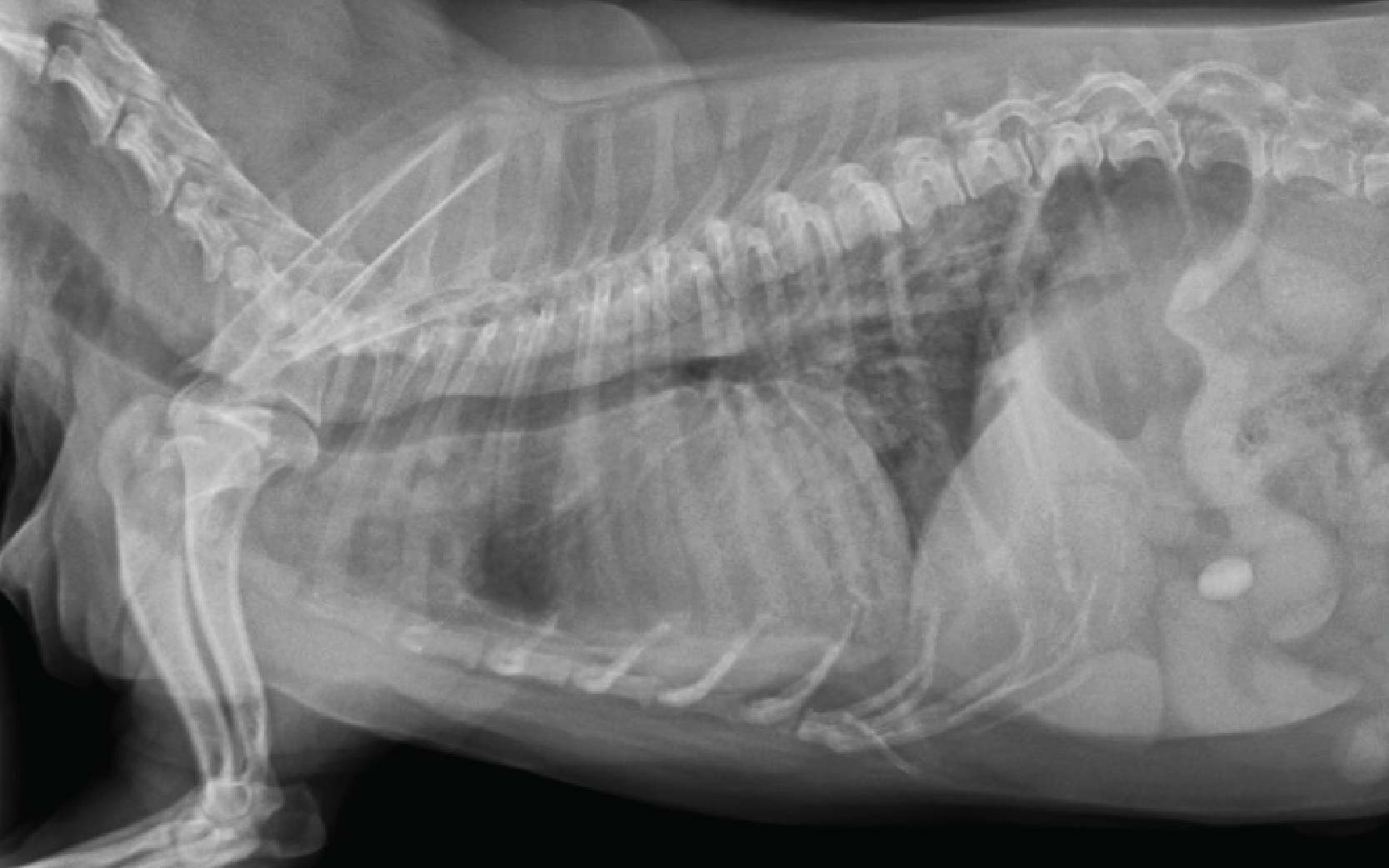 Miliary patterns: These are common in fungal pneumonias and neoplasia. 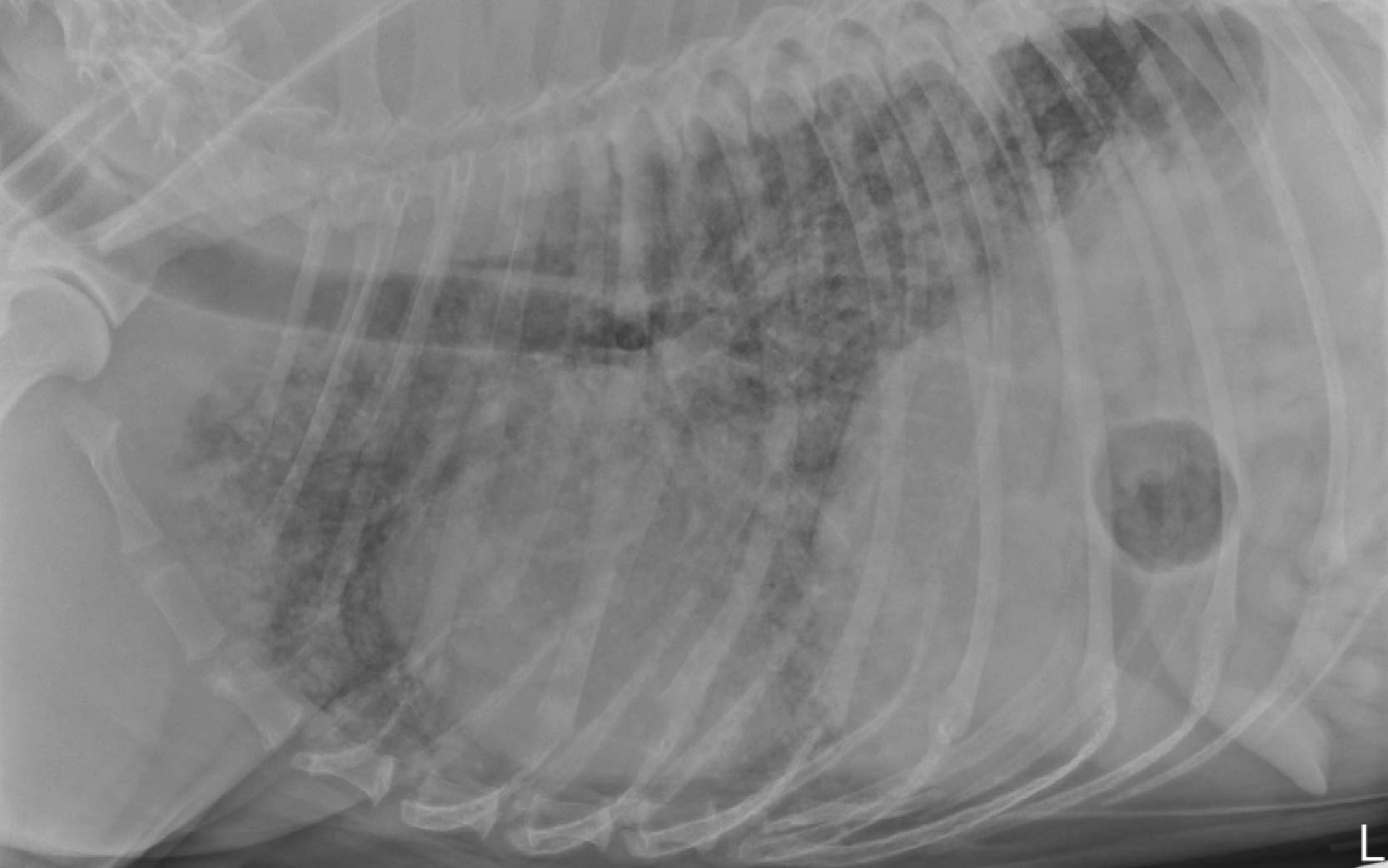 Perihilar lymphadenopathy: These are common in fungal pneumonia, neoplasia and EBP. 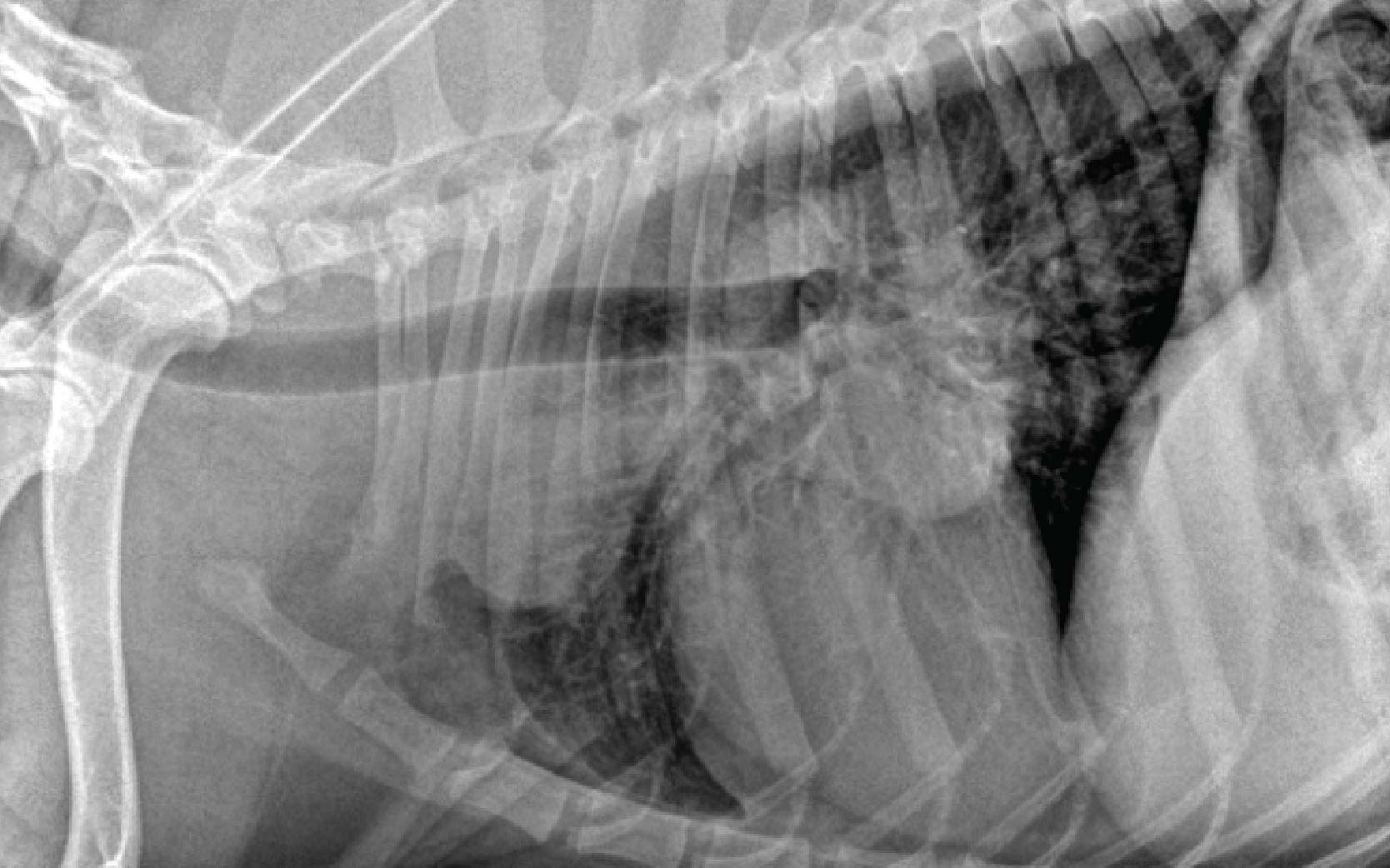 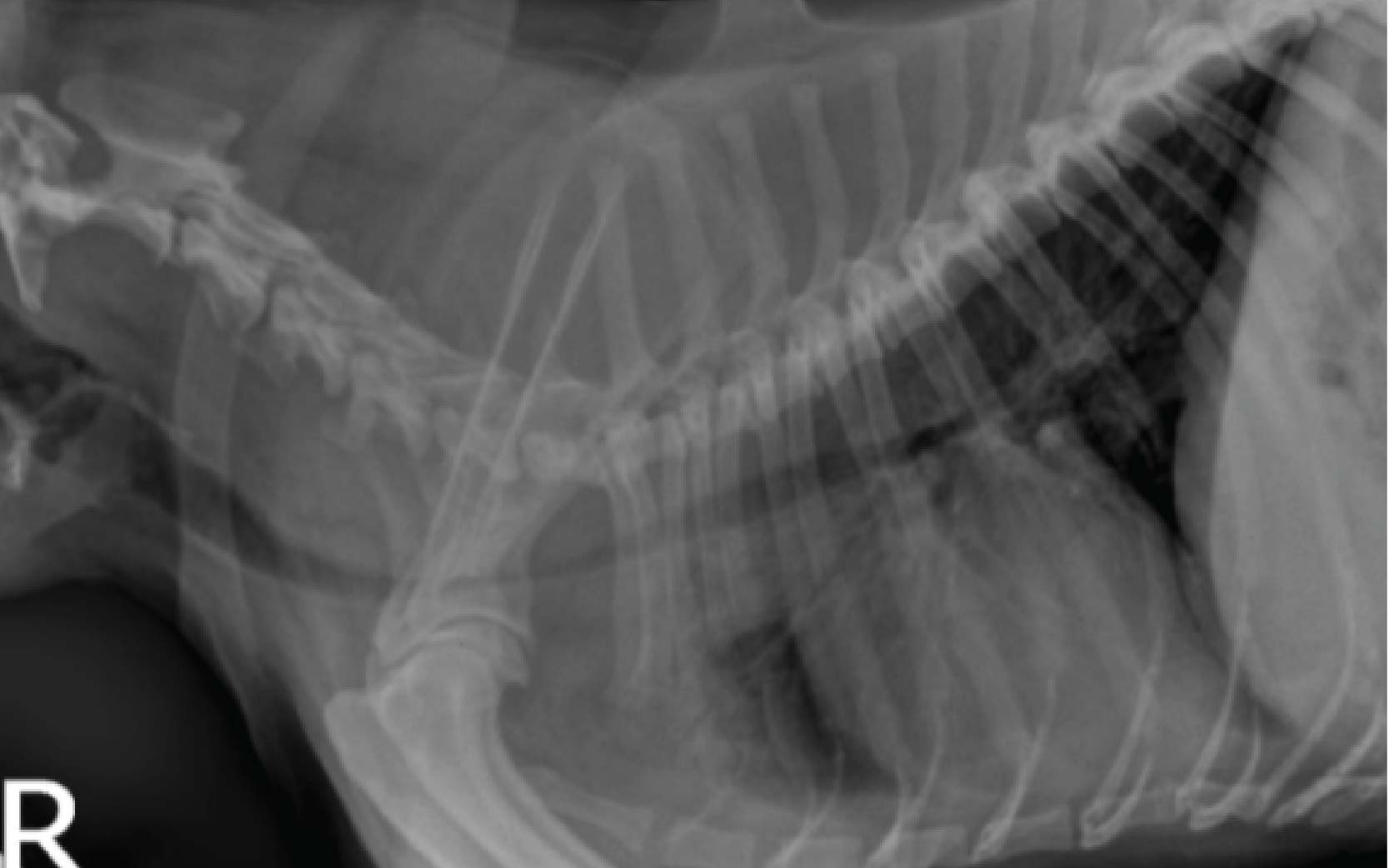 We hope the tips offered in this brief overview help you better understand the types of patterns and their distributions as well as their possible causes. Considerations should be given to the various differential diagnoses before selecting diagnostic tests and planning appropriate treatment.

If you’re interested in learning more about coughing in dogs, and receive 1-hour RACE approved CE, you can register for our on-demand webinar,“The Coughing Dogs: Is it Cardiac or Respiratory?”