The patient is a 3 year old cat with chronic vomiting. On physical examination, the veterinarian observed wheezing and tachypnea with an abdominal component. The owner (as is common in these cases) hadn’t identified respiratory signs. 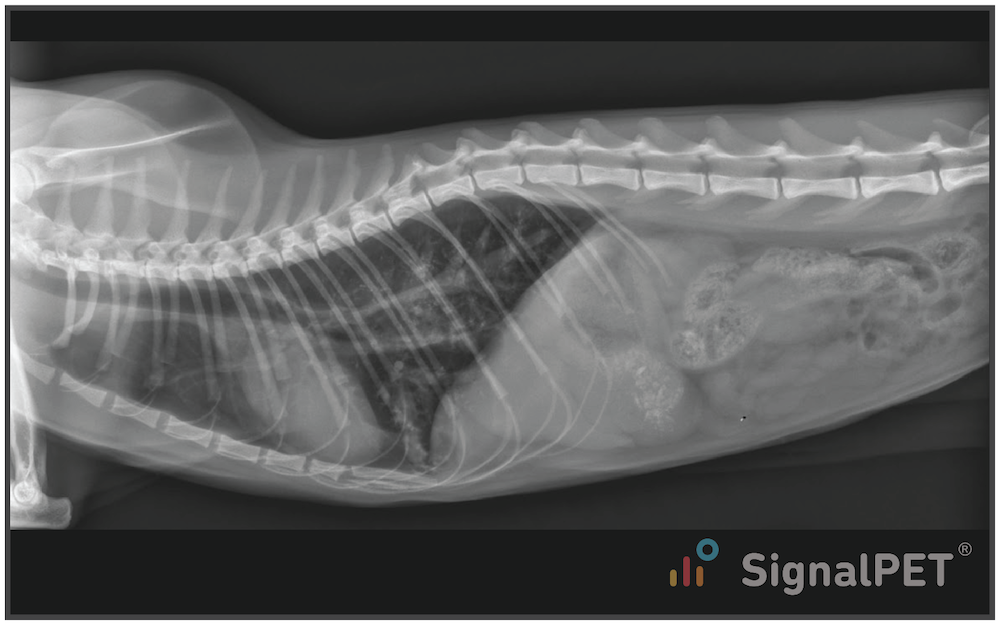 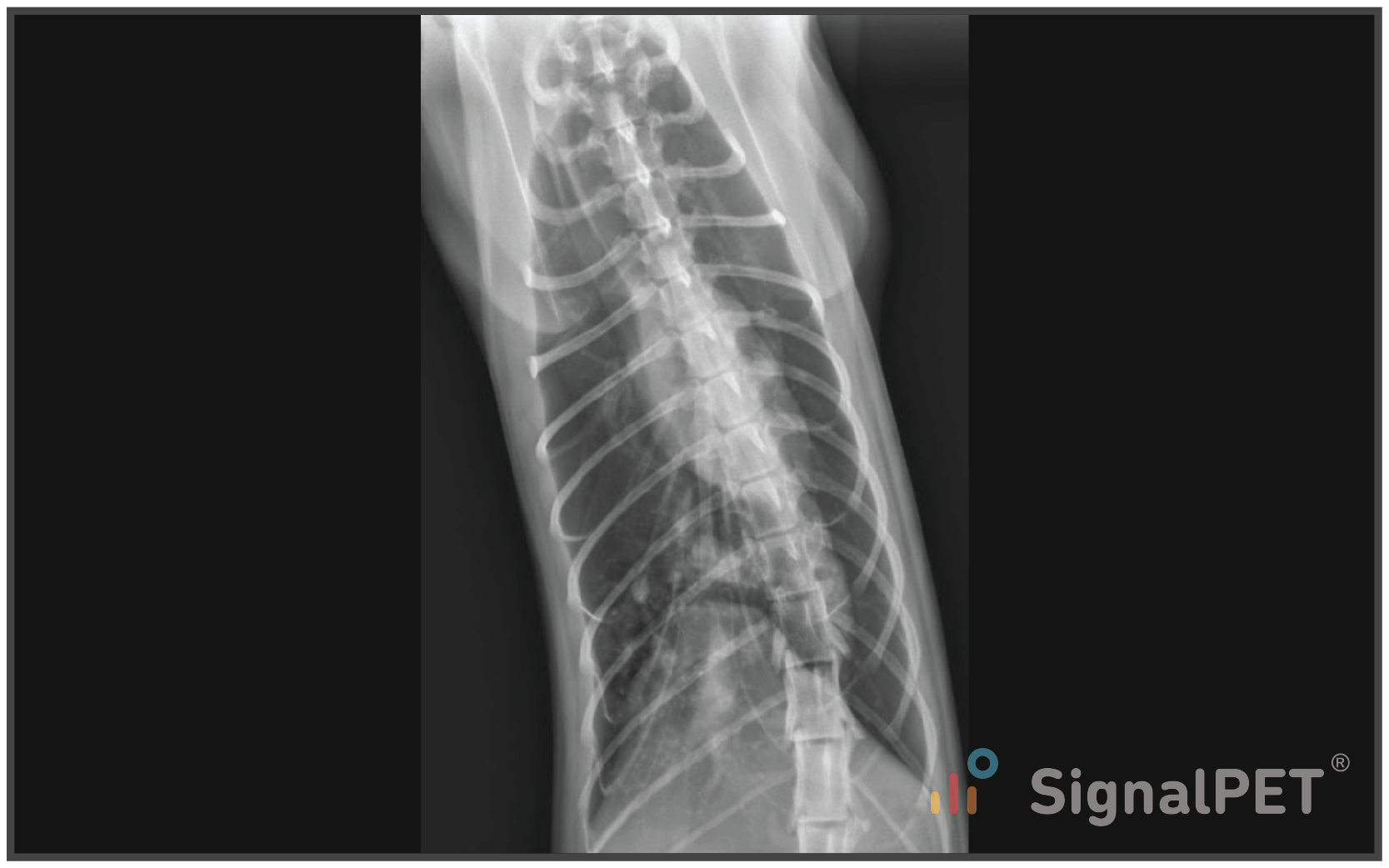 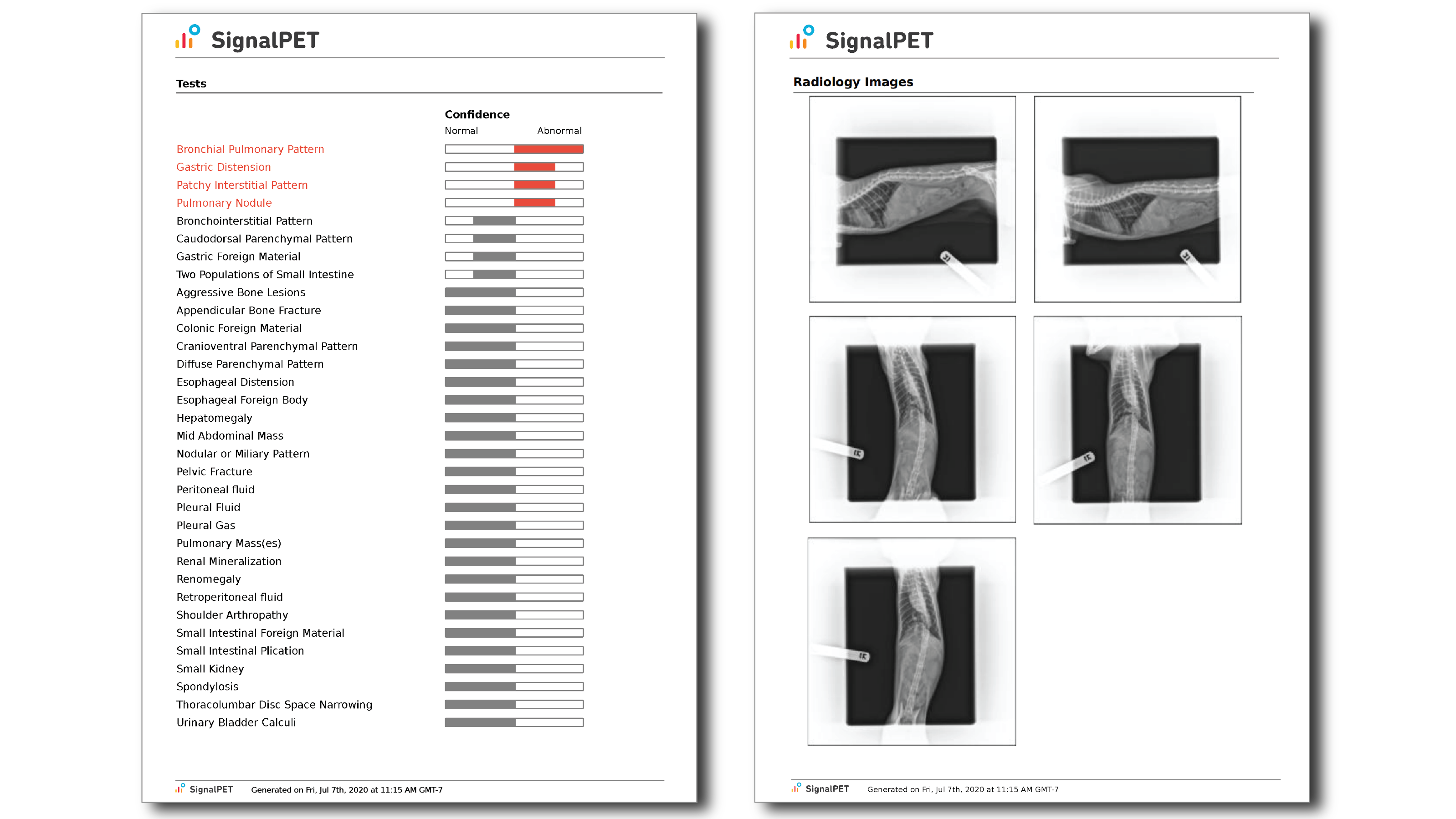 SignalRAY®'s artificial intelligence identified the abdominal portion of the radiographs as relatively unremarkable, except for gastric distention with fluid, gas, and mineral opaque ingesta. The more striking abnormality is in the thorax. SignalRAY noted Bronchial Pulmonary Pattern, Patchy Interstitial Pattern, and Pulmonary nodules. So, let’s dive into those findings.

The lungs are hyperinflated and throughout the lungs, there is a diffuse bronchial pattern. But what about caudally?

There is increased opacity, but it doesn’t fit into our classic patterns. On closer inspection, you can appreciate that there are soft tissue opaque, thick, linear branching structures (red) that are dilated bronchi filled with mucus and pus. When seen end on (blue), then appear to be nodules. Frankly, they look very similar to dilated, tortuous blood vessels (think heartworm), but taken in combination with the other findings, we can make a diagnosis of bronchiectasis. But this time the dilated bronchi are filled with soft tissue instead of gas.

Additionally, there are regions of patchy, interstitial opacity and punctate mineral foci (orange). The mineral foci likely represent broncholithiasis or mineralization of the abnormal bronchial secretions. 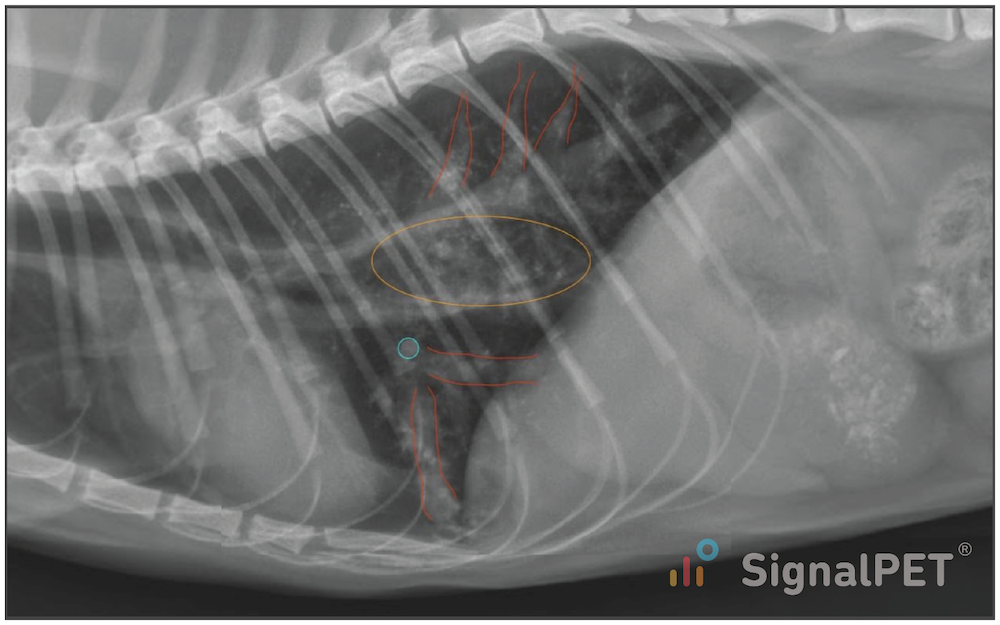 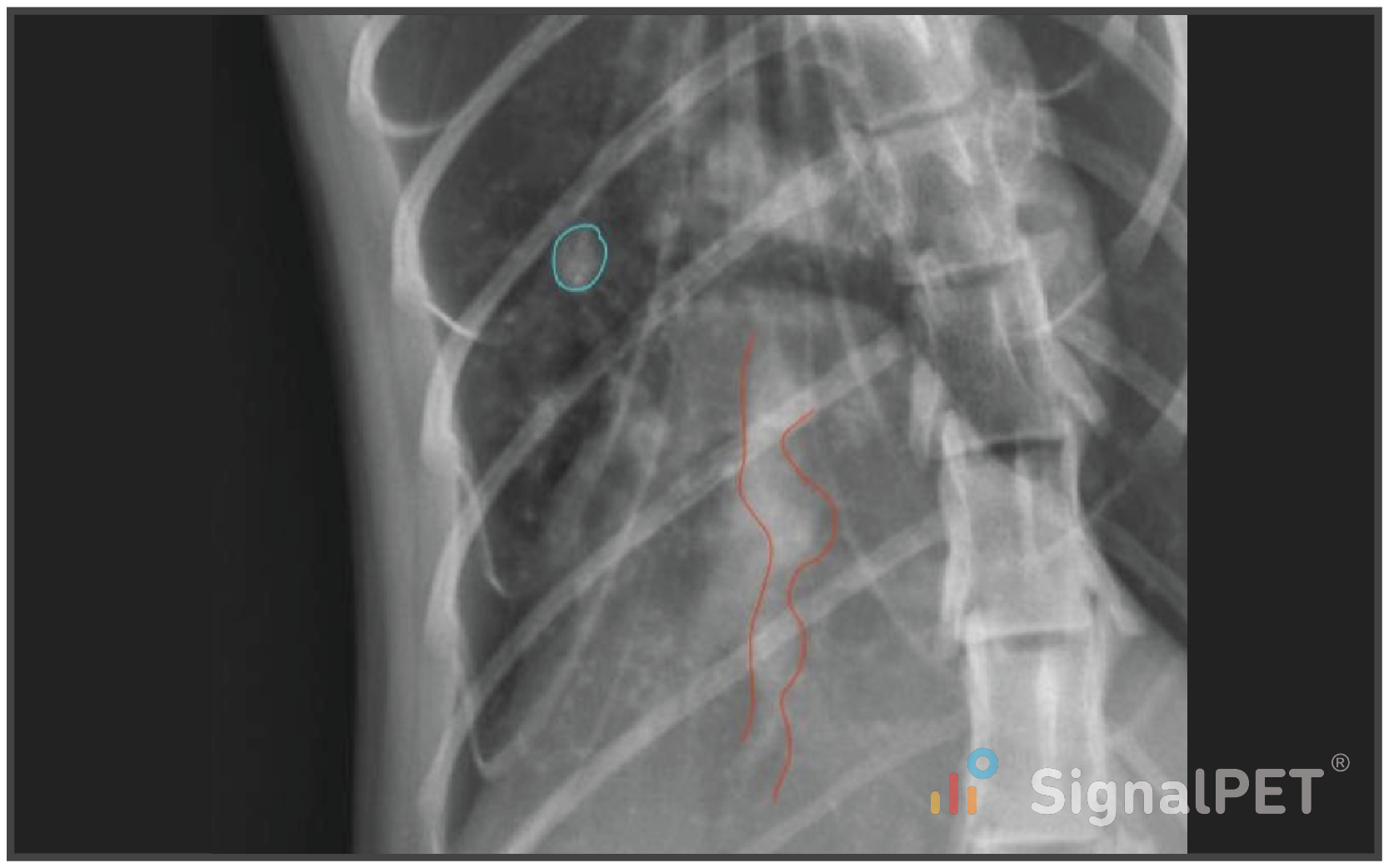 Altogether, this constellation of signs is consistent with idiopathic inflammatory airway disease of cats (IAD - asthma commonly). Interestingly, a Journal of Veterinary Internal Medicine article from March of this year by Lee et al found that cats with IAD had a much higher rate of bronchiectasis (47%) than previously reported (0-18%) and 21% had broncholithiasis. Lobar collapse was also present in 17% of the cats in that study, while not seen in our case.

Next time you have a coughing cat (or maybe “vomiting”), don’t skip the chest rads, since the answer might be in the lungs.

While a diffuse bronchial pattern with hyperinflation remains the classic radiographic pattern in cats with asthma, don’t forget to look for lobar collapse, bronchiectasis and broncholithiasis!