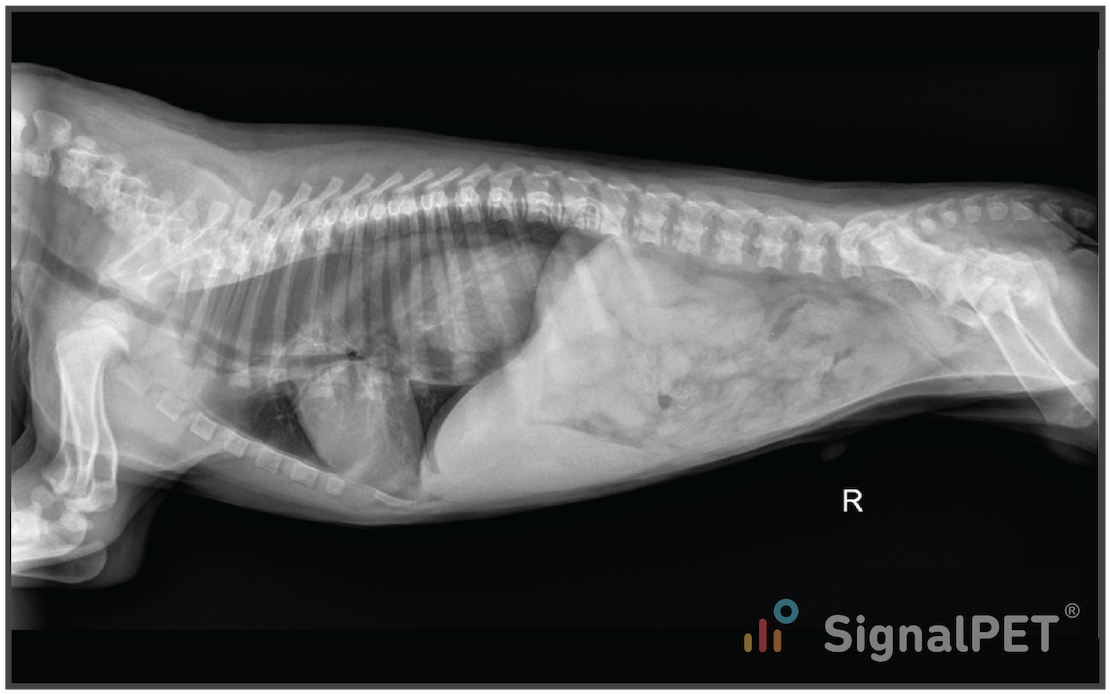 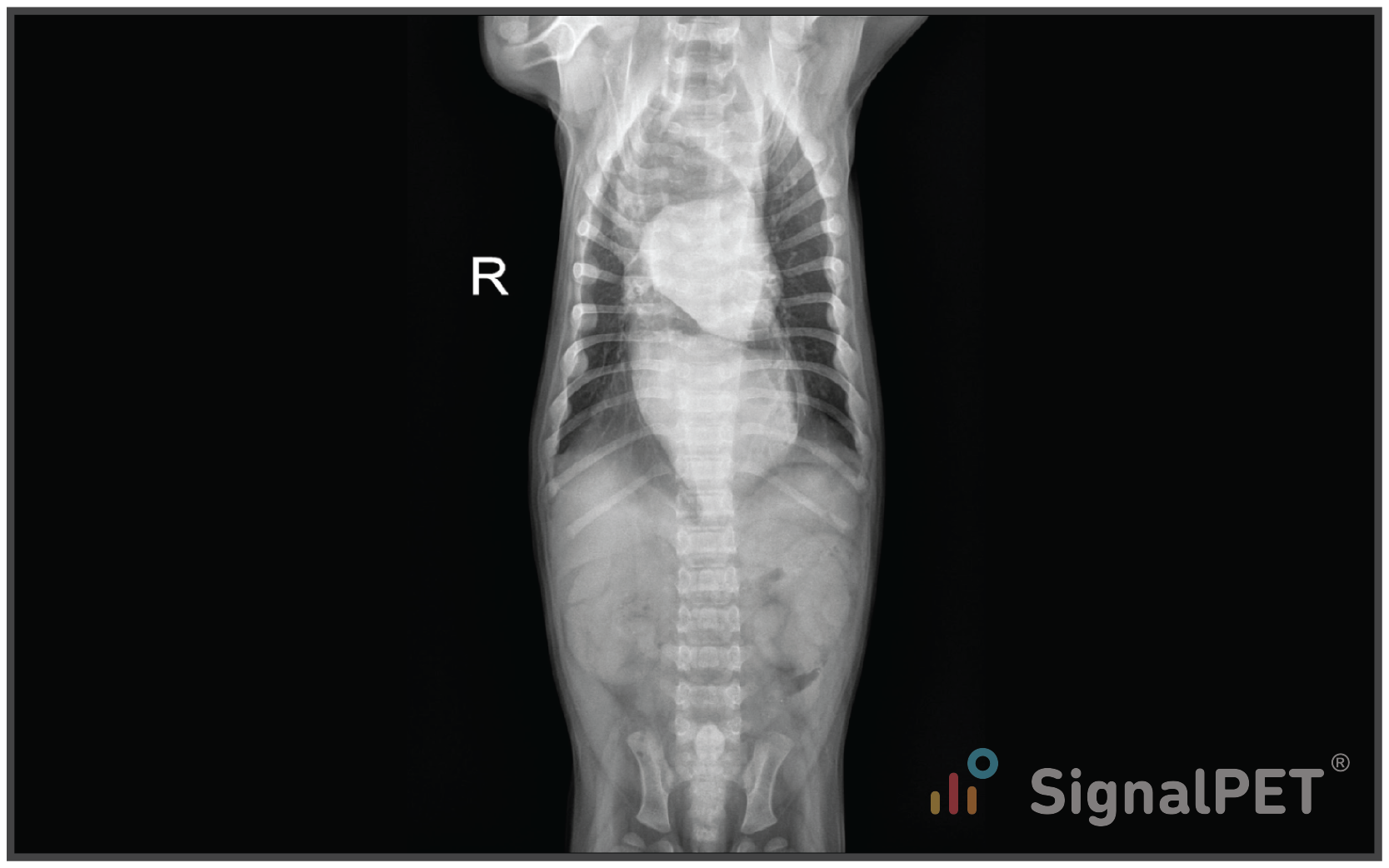 In this week’s case, the lesion is not subtle, but the disease is uncommon enough to warrant discussion. SignalRAY identified Esophageal Distension and Esophageal Foreign Body with full confidence. 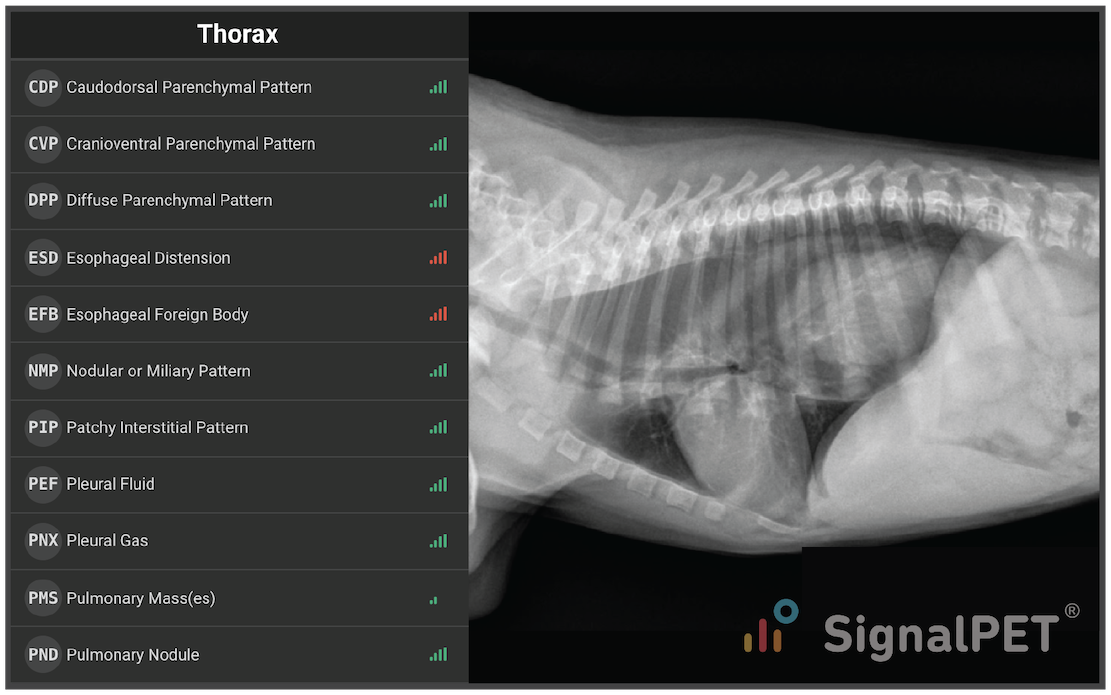 First, let’s look at the lateral radiograph. Severe, diffuse esophageal dilation is outlined in green, the opacity of which is slightly hazy indicating the esophagus contains a combination of fluid and gas. Caudally, the esophageal “foreign body” is present as a round, soft tissue structure outlined in blue. The diagnosis is in noting what ISN’T present in the abdomen - the stomach! The red arrow indicates the normal location of the stomach, while the red circle outlines the pylorus that has been pulled cranially and dorsally. 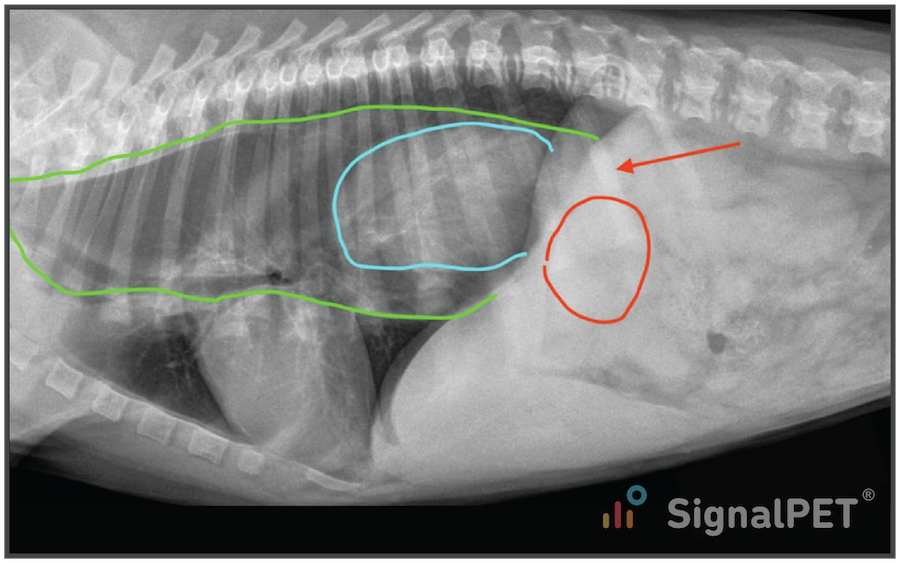 Next, we confirm the findings on the VD projection. In this case, the first thing that catches one's attention is the “two heart” effect. The cardiac silhouette is outlined in orange, while the blue outlines the stomach displaced into the distended esophagus. Again, the red arrow indicates the region where the stomach ought to be. 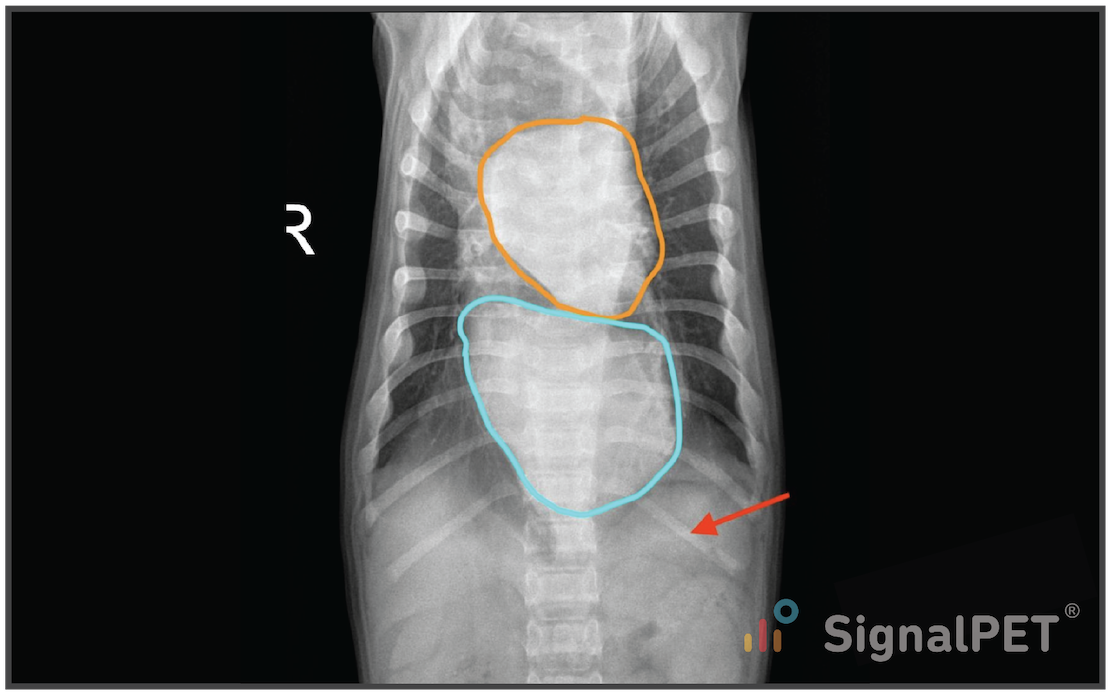 These findings are consistent with a Gastroesophageal Intussusception. This is a rare condition of unknown etiology, although an association with esophageal dysmotility is suggested. Most commonly, the condition occurs in puppies post weaning until a few months of age; German Shepherds are over represented. Typically, the patients present with acute onset, severe regurgitation and vomiting. Emergency surgical intervention is typically advocated for, although the condition can be intermittent.

When presented with a pediatric patient with regurgitation post weaning, rightly, your mind should jump to vascular ring anomaly (as pictured below), congenital megaesophagus, esophageal foreign body, and dysphagia. This case illustrates another important differential diagnosis to keep in mind and the importance of radiographs in the diagnosis. Unlike vascular ring anomalies and congenital megaesophagus, emergency surgery is indicated for gastroesophageal intussusception, which is why radiographs are indicated upon presentation. 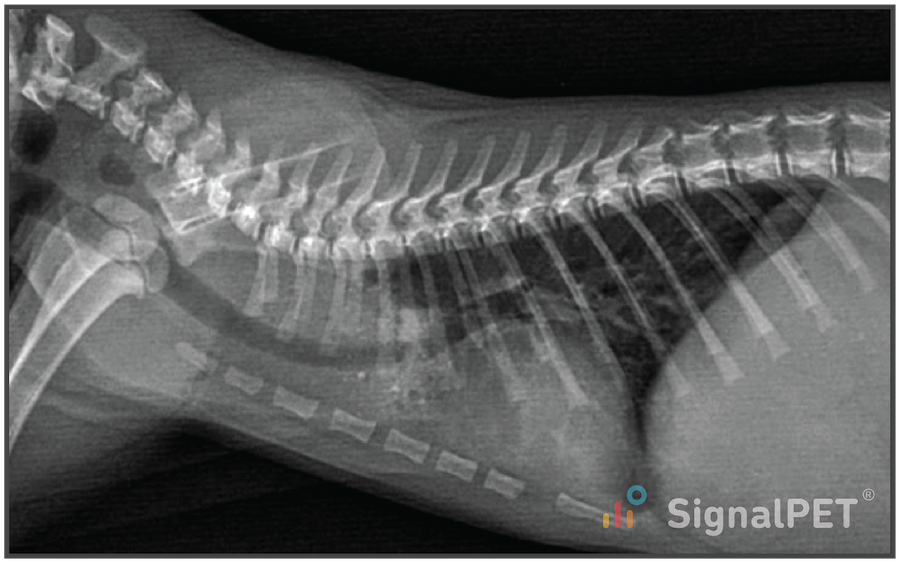