The patient is a 5-year-old MC mixed breed dog with a diagnosis of idiopathic chylothorax since February 2020 (had bicavitary effusion at the time). The case was worked up at a university including CT scan. He was being managed with low fat diet, Rutin, and intermittent thoracocentesis. The frequency of thoracocentesis had suddenly increased, and the character of the fluid changed to serosanguinous in the past 7 days. The pet presented in respiratory distress, and 3450 ml of pleural fluid was removed. Radiographs were taken afterward. Bloodwork showed leukocytosis and neutrophilia but was otherwise normal. The patient had lost weight and been inappetent recently. 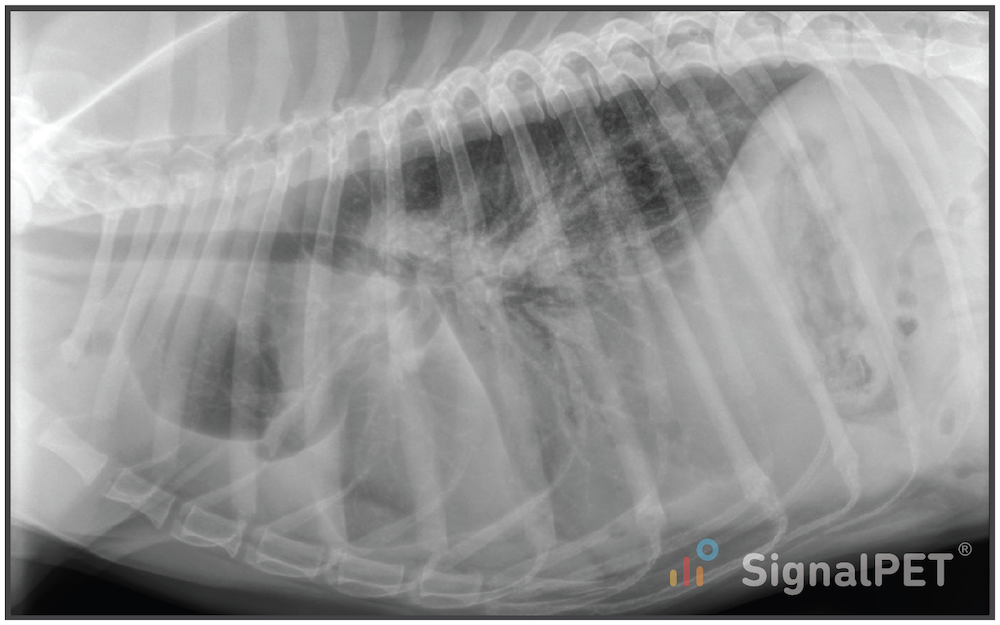 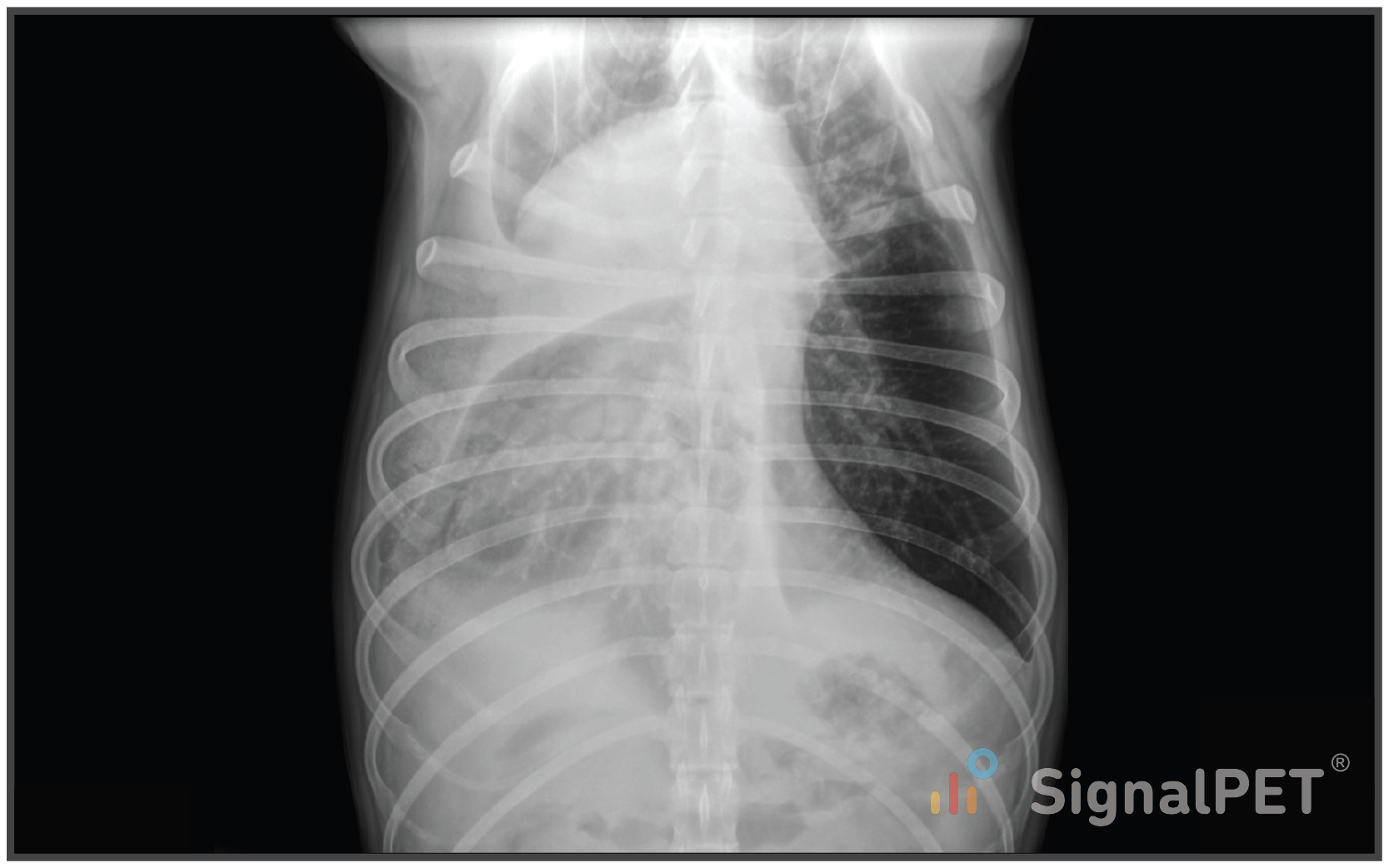 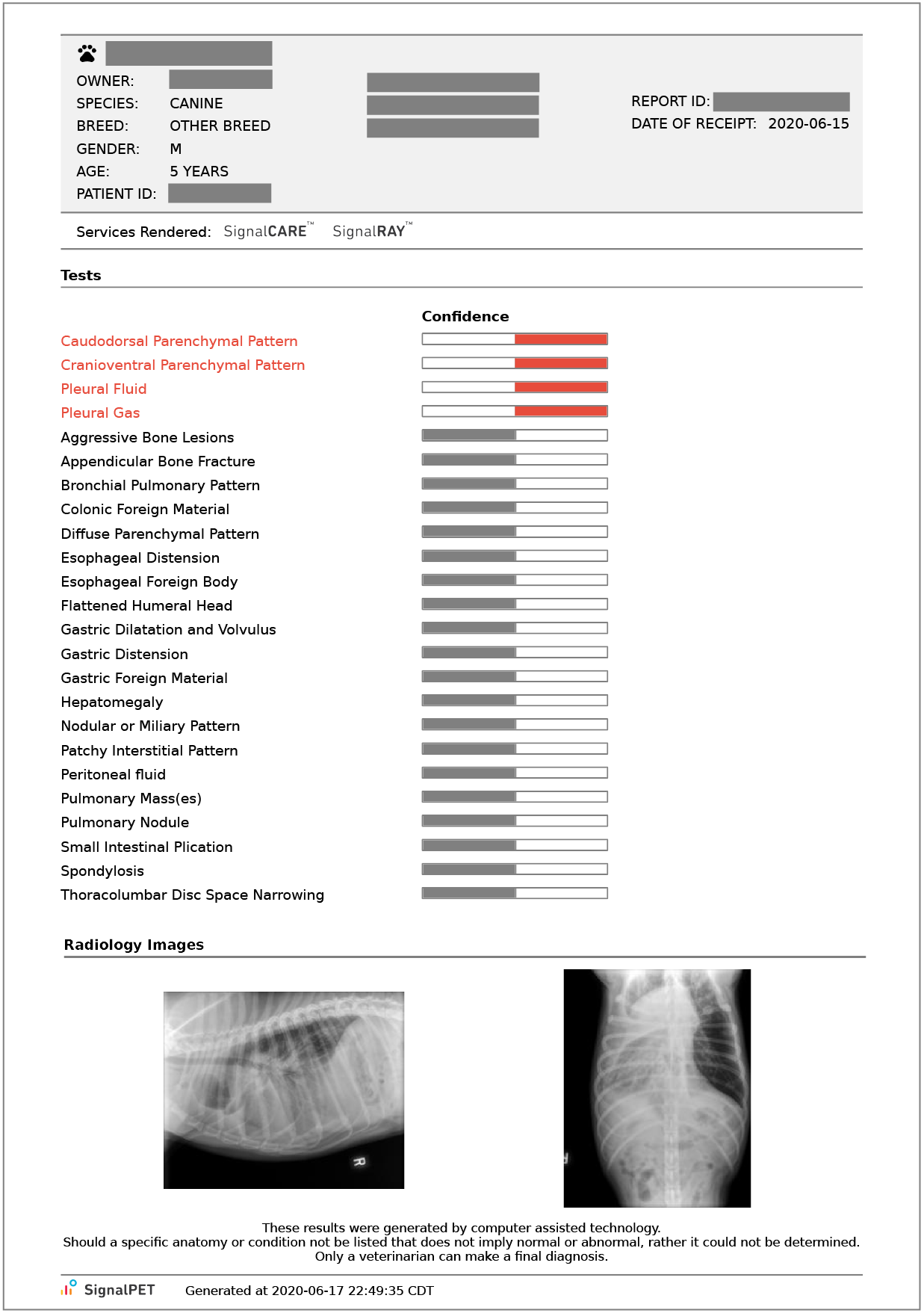 There is a moderate amount of pleural effusion. This is identified as increased soft tissue opacity between the lungs and body wall that creates widened pleural fissures. (Cyan). Small gas bubbles are also present in the pleural space (orange circles) due to the recent thoracocentesis.

The right lateral radiograph just shows the pleural effusion and small volume of iatrogenic pneumothorax. The interesting part is on the VD radiograph. The majority of the remaining pleural effusion is in the right hemithorax. At the level of the right middle lung lobe (cyan), you’ll note that the lungs have increased opacity. This is the cause of the SignalRAY® positive for cranioventral and caudodorsal parenchymal pattern. When we zoom in even closer, the lung has a granular appearance, like a sponge. This is sometimes referred to as a vesicular pattern and is almost pathognomonic for lung lobe torsion. Other reported differentials for this pattern include necrotic lung tumor and pulmonary abscess, but I haven’t seen a vesicular pattern with those conditions yet. Also, despite the pleural fluid, the right middle lung lobe is enlarged, another sign of lung lobe torsion. The icing on the cake would be if we could see a truncated bronchus, but in my experience this is often difficult to detect definitively. 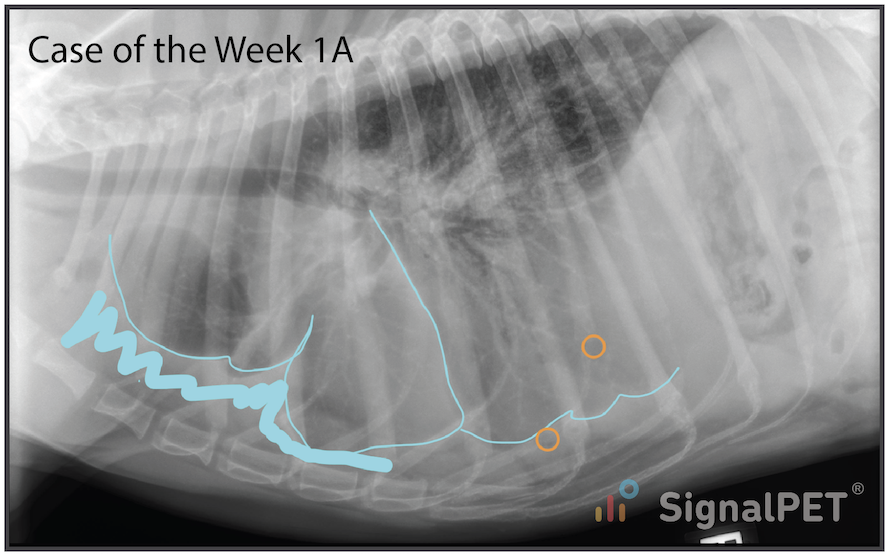 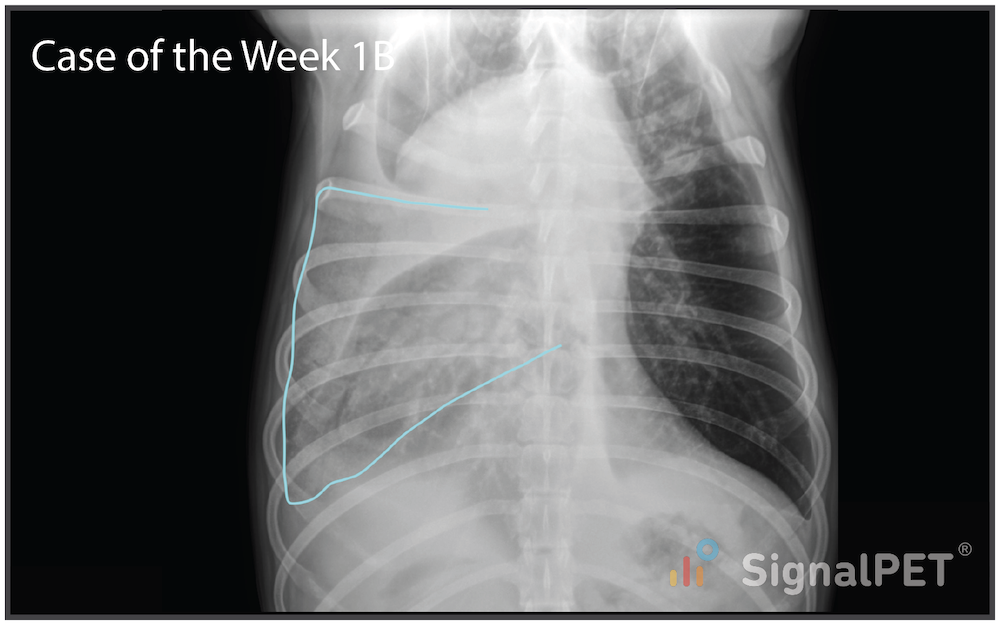 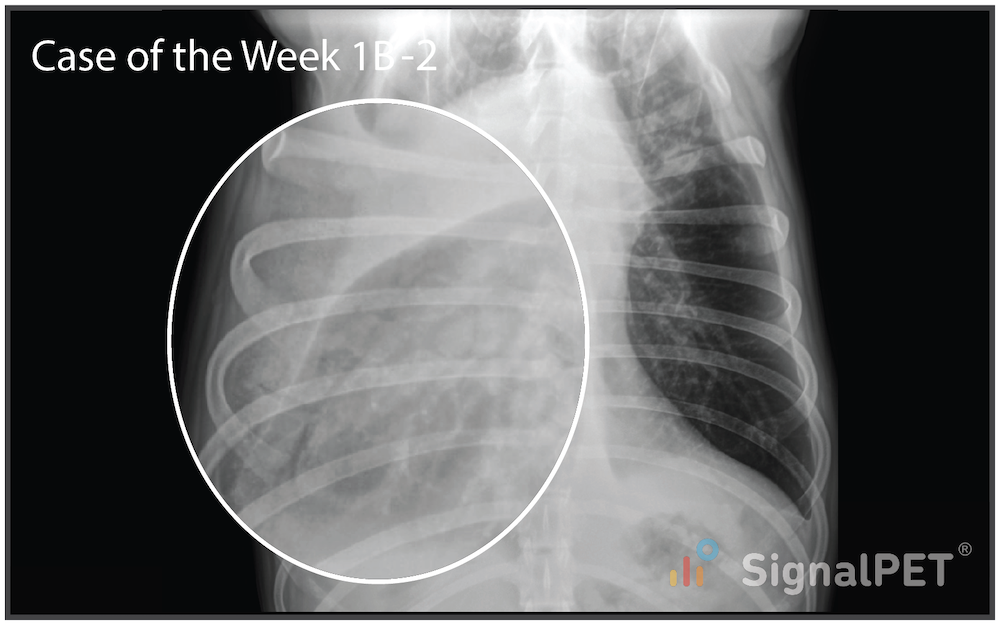 Remember, it is always best to include the lateral radiograph of the lung that you are most interested in. In this case, having a left lateral would have been ideal to thoroughly evaluate the right middle and caudal lung lobes.